Pyatigorsk, Stravapol; Former Troubled Region…
Now Miniskirt Capital of World?
Pyatigrosk, (Russian: Пятигорск) is the lovely town of 300,000 where I worked as a dairy and ice cream marketing consultant (great gig, yes!) for a while in the Summer of '07. 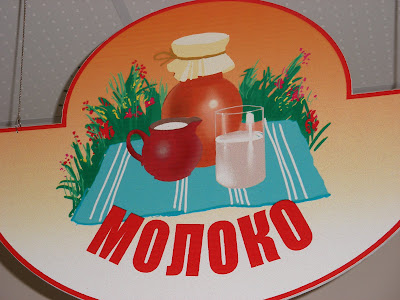 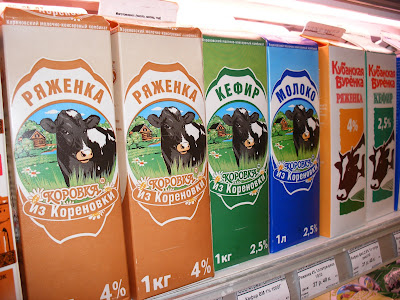 Pyatigrosk is famous for its mineral waters, and features a group of popular water therapy health resorts, referred to as sanitoriums. The region and healing properties of its mineral waters were known as far back as 18th century under the rule of Peter the Great.
The name Pyatigorsk means "five mountains" in Russian and is so called because of the five peaks of the Caucasian mountain range overlooking the city. The Russian poet Mikhail Lermontov was in a duel at Pyatigorsk in 1841...he lost. There is a museum and a statue devoted to his memory. But that’s pretty much it for local history and culture. There's a giant statue of Lenin on the hill, but, seriously, what's unusual about that? 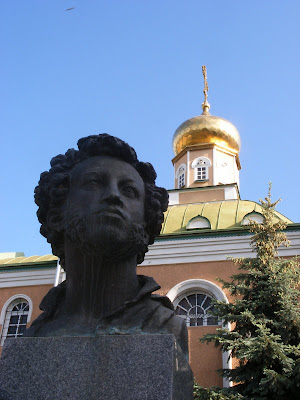 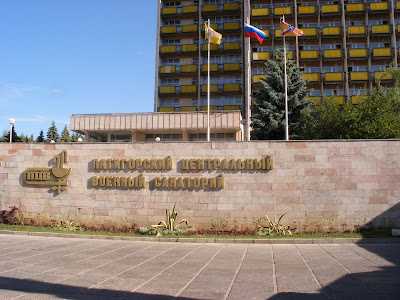 Mount Elbrus, seemingly snow-covered from base to peak glistens in the brilliant Causus sun, about 100 kilometers away. At 5,633 meters (18,481 ft) it is the tallest mountain in Europe. As part of the Ural mountains it is considered to be the "border" between Europe and Asia. During ancient times, Mount Elbrus was known as Strobilus and it was believed to be the location where Zeus had Prometheus chained to a rock. (Prometheus now lives in Philadelphia..)
Tourists come here not just for the therapy, but also for the marvelously beautiful landscapes – including the immodestly attired students of the various language schools in the city. Big college town, Pyatigorsk, with 40 thousand+ students. 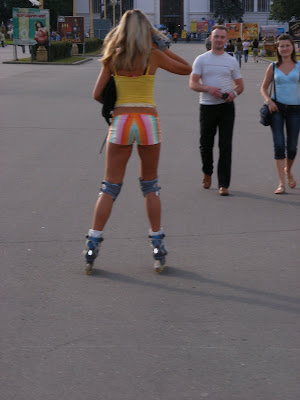 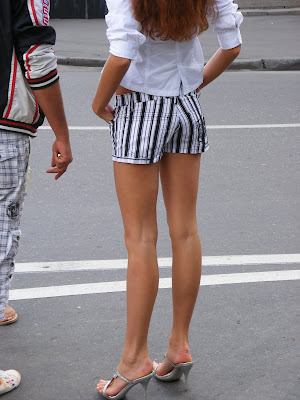 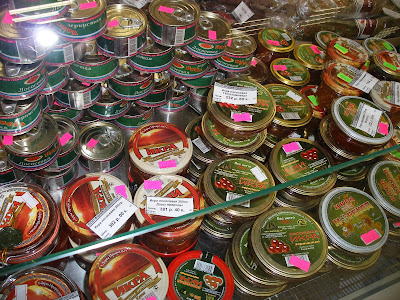 Caviar, just another ag product here, is quite cheap. The 100 gram “tins” sell at the local grocery stores for about $10US. (I visited about a dozen grocery stores on my assignment, checking out the in-store advertising, product placement, competitors, etc.) Before leaving the States, I spot checked the prices at the local liquor/specialty foods store. The same tins run one to two hundred dollars apiece! There is supposed to be a general ban on the “export” of caviar, especially the blacks, savruga and beluga. But, as usual; "a couple of this, a couple of that...", usually make it through US Customs, no problemo. I brought back four tins in an insulated lunch bag sandwiched between two freezer packs. No problem, expect that the knuckleheads at TSA (“Tearing Stuff Apart”) OPENED one of the GLASS tins, and didn’t quite get it completely closed. Stinkers!
“Caviar pirates” are real and are armed and dangerous.
For this assignment, I was advised against bringing a video camera, and flat out told not to even try to enter the border areas of Chechnya and Georgia. “You would not even get close!” a local pal told me. “And what story for being there would you have for the security forces?! It would not be a good thing for you…”
And just a couple of hours south of here, less than three years ago…The Beslan Massacre occurred. The school hostage crisis (also referred to as the Beslan school siege) began when the group of Muslim pro-Chechen armed rebels took more than 1,200 school children and adults hostage on September 1, 2004 at School Number One (SNO) in the town of Beslan, North Ossetia (an “autonomous,” read: “unrecognized,” republic in the Caucasus region of the Russian Federation). On the third day of the standoff, gunfire broke out between the hostage takers and Russian security forces. 344 civilians were killed, including 186 children, and hundreds more were wounded. Chechen warlord Shamil Basayev took responsibility for the hostage taking, which was led by his Ingush deputy Magomet Yevloyev.
Basayev gets my vote for the biggest asshole (so far) in the 21st century.
Last July, Russia's security service announced the death of Shamil Basayev the country's "Terrorist No 1" and the man who was the self-confessed mastermind of the Beslan Massacre. In a victory for President Vladimir “Rootin’ Tootin” Putin ahead of his chairing a G8 summit this weekend in St Petersburg, (AKA Pete’s), Russian television showed pictures of burnt-out cars and a truck in the southern republic of Ingushetia, which neighbours Basayev's native Chechnya. He and 12 other militants were killed in a blast that destroyed the vehicles, apparently caused by an assault early yesterday morning by the security services. His body was reportedly disfigured in the blast but was identified by some of its parts.
Ten years ago, this region was still quite unstable. Even lovely Pyatigorsk had a taste of terrorism. This dispatch from April, 1997: Russian President Boris Yeltsin has summoned Interior Minister Anatoly Kulikov and other Russian security officials to his Black Sea dacha for urgent consultations in response to the worsening security situation in southern Russia. Today, a 15-year-old girl died from injuries sustained when a bomb ripped through a waiting room at the railway station in Pyatigorsk in southern Russia's Stavropol krai yesterday evening. One man was killed instantly, and 11 other people were injured, three of them critically. Kulikov said five Chechen suspects are in detention and that two of them, both women, have admitted responsibility for planting the bomb. The Russian authorities have responded by indefinitely closing all road links between Chechnya and Russia proper. Yesterday's bomb in Pyatisgorsk follows an explosion at the railway station in Armavir in neighboring Krasnodar krai on April 23, in which two people were also killed. The Chechen authorities have strongly denied responsibility for the blasts. They accuse Moscow of orchestrating the bombings in order to undermine peace negotiations and pave the way for a declaration of emergency rule in Chechnya.
Nowadays, lovely Pyatigorsk and its lovely locals, are only anxious to “speak the English” with the handsome, if somewhat mysterious, Americanski.
Considerable source material for this story was found at: http://russiatourism.ru/eng/object.asp@id=216
UPDATE: The Black Sea resort city of Sochi has been chosen as the site of the 2014 Winter Olympics! A very strong indicator of the improving development and stability of the region.

FCC: Four Hours After the Next Disaster 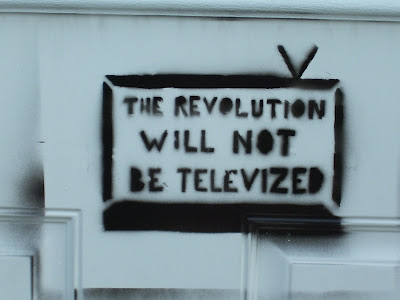 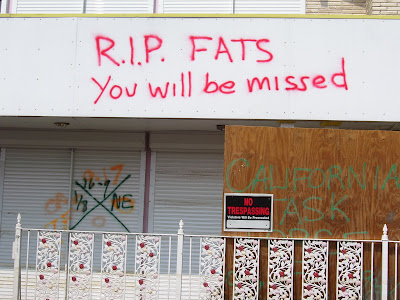 Four Hours After the Next Disaster
Austin Airwaves at the National Federation of Community
Broadcasters National Conference in New Orleans, LA April, 2007

At NFCBinNOLA in April, there were a couple of workshops dealing with disaster preparedness and contingency plans for community radio stations threatened with or forced off the air by natural or other disasters. Both workshops were excellent and provided a range of useful information and contacts.

In addition to the two workshops, the NFCB wisely booked Mr. Leon Jackler to speak in his capacity as Director of Public Safety, Outreach & Coordination for the new Public Safety & Homeland Security Bureau of the FCC. He spoke at the "FCC and Disaster Preparedness" workshop to about 20 folks on April 12th.

Being the only suit and tie in the room full of CR activists, suffering from a cold, and reading from prepared text, Mr. Jackler, might have felt a little uncomfortable. A couple of us, including the NFCB's marvelous Carolyn Caton and myself made a bit of an effort to make him feel welcome.

Among his very first words were, "I'm not with the enforcement division!" This drew a few chuckles, but only a few.

Mr. Jeckler spoke on a range of issues regarding radio/communications pre-, post- and during disasters. Not all the information was specific to NCE stations, but gave a good overview of the Commission's perspective and plans, post-9/11.

When is came time for questions, I asked Mr. Jeckler the following...

"Welcome back to your alma mater New Orleans. Please take one of the reality tours to see the devastation first hand."

"During the height of the Katrina disaster here on the Gulf Coast, when some federal agencies seemed to be creating as many problems as solving [waving my FEMA ballcap...] a number of unlicensed stations went on the air, providing urgent, even life-saving, information. Because of the extent of the disaster, the Commission's Enforcement Division did not, or could not, enforce the taking down of these unlicensed stations. However, around the first of the year, the Enforcement Division did in fact take down a couple of stations here in New Orleans, including Radio Uprising and Radio Harlequin, even though these stations were working to 'stay on the air anyway they could,' and were providing 'incredibly important,' 'key messages to the general public.'" [repeating his own comments to the group.]

"My question sir. As we prepare for the next disaster, has there been any discussion or consideration at the Commission for having, say, a higher level of tolerance for unlicensed stations that are providing emergency information during a disaster, especially when many or most of the licensed stations have been knocked off the air?"

Mr. Jeckler responded, "The Commission does not and will not have varying levels of tolerance for unlicensed stations, and we will continue to take them off the air as we discover them. What I would suggest as the best path to follow is what your group, Austin Airwaves, did for the evacuees in the Houston AstroDome. Petition the FCC for Special Temporary Authorization and we will make every effort to respond in four hours time. The Commission responded to hundreds of such requests during the disaster, but I believe yours was the only one in the country for a entirely new radio station."

"We certainly recognize the value of radio in a disaster," he concluded.

"I need to remind you sir, that the AstroDome station was kept off the air by local Harris County officials..."

[Another dramatic pause, some grumbling in the room...]

Looking a little flustered, Mr. Jackler responded, "I did hear about that. Nevertheless,
your group followed what the Commission believes to be the best way of dealing with a situation following a major event."