Listen to the NPR story about KAMP, the low power FM station serving the evacuees at the Astrodome. 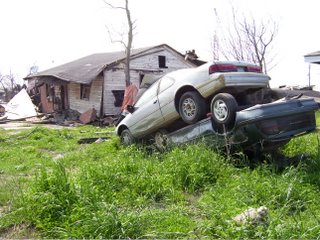 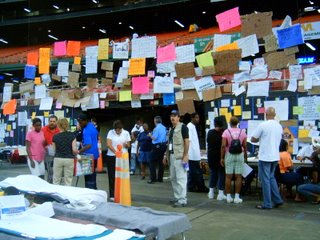 "And your town Jim, Austin, Texas, has opened its heart to us here in Algiers and New Orleans. Thanks for the work with the station. Thanks for all you have done. Thank you!"

-- Malik Raheem, longtime housing activist in Algiers, LA (across the river from NO) speaking on WBAI/Pacifica Radio in New York City 12:30am 9/14/05

[A 40w box, antenna rig and related gear made its way from Austin to Algiers last week. The station went on the air yesterday. Folks from Free Radio Santa Cruz and Portland IndyMedia acted as the "Guys on the Ground."]

And, the ever popular FEMA Rejection Form